Located right at the base of Vail in Lionshead Village, Garfinkel’s has been a favorite for locals and visitors for the past 25 years. To pay tribute to reaching the milestone, the Avid Team developed the Garf’s 25 campaign- a yearlong marketing approach that involved the entire Vail Valley.

The celebration started with a 25th Anniversary Party on November 27th- the exact birthday of Garf’s. The lead up to the party involved digital advertisements, social media posts, and advertisements in the Vail Daily. We also redesigned the classic Garf’s Moose to reflect the culture of 1993, such as the moose dressed up as Kurt Cobain. Guests were also enticed to celebrate by offering 25-cent Coors and the original menu prices from 1993.

The night of the party kicked off the official Garf’s 25 competition- “25 Likes for 25 Cents for 25 Years”. The rules are simple- post a photo taken at Garf’s or while repping official Garf’s merchandise, tag Garf’s in the photo, and receive 25 likes on the photo to receive a 25-cent beer. For the 26th Anniversary, Garf’s will hold another party to award prizes to those with the best photos.

The success of the campaign was evident- the party occurred on a Tuesday night, which tends to be the slowest night of the week at Garf’s. However, the restaurant was absolutely packed with people there to celebrate 25 years of the Vail staple.

We can only imagine what we will do for the 50th Anniversary- but the wheels are already turning! 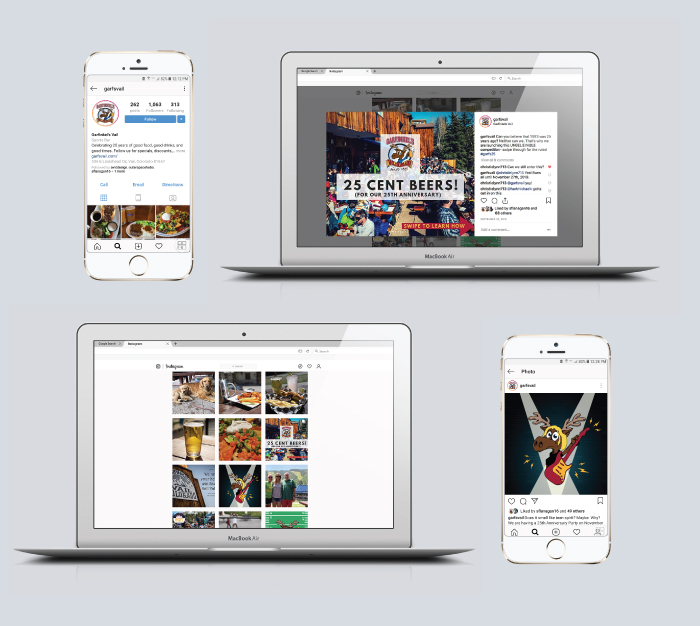 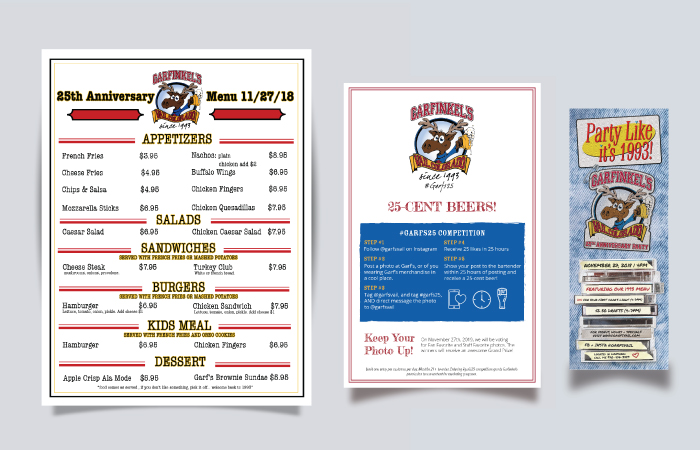 Having worked with Avid Design on two website projects in the past two years, their creativity, knowledge and responsiveness far exceeded my expectations. This is one stop website shopping. Thanks... read more